5.4 Why Corona Virus Antibody Tests are Not Accurate

“We now have at least 90 tests on the market, and we don’t know about the accuracy of the results… Having many inaccurate tests is worse than having no tests at all.”
Dr. Kelly Wroblewski April 16, 2020

Another in-demand approach is to look for antibodies to the corona virus in the blood of patients, a so-called serological test. Antibodies are specific proteins made by the immune system in response to infections. The antibodies detected by serology tests indicate that a person has had an immune response to the Corona Virus, whether symptoms developed from infection or the infection was asymptomatic.

The antibody test is rapid. It can be done in minutes. It is also typically a low cost option (about $10). You basically take a drop of blood and expose it to a test strip. If the test strip turns one color (for example green), then you do not have the antibodies and therefore do not have the corona virus – at least not yet. 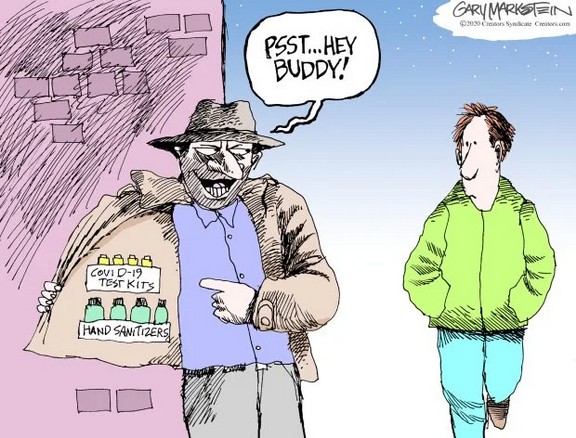 On the other hand, if the test strip turns a different color (for example red), then your immune system has produced antibodies for the corona virus.

Sadly, this “positive” result does not mean that you now have the 2019 version of the corona virus. It could mean you had a similar virus at some point in the past for which your immune system produced antibodies which are now being picked up by the antibody test. So the first problem with making antibody tests widely available is that they will lead to a wave of false positive tests and scare the hell out of millions of people who will then have to be needless quarantined.

Here are some quotes from a Business Insider article from April 2020:

The UK has provisionally ordered 17.5 million antibody tests as part of plans to roll out so-called "immunity passports" which would allow thousands of people to leave the country's corona virus lock down early and go back to work. However, none of the tests that have been examined by UK scientists have been effective enough to roll out to the general population.

How inaccurate are current antibody tests? Spain was recently forced to return tens of thousands of rapid coronavirus tests from a Chinese company after they were found to be accurate just 30% of the time. Some antibody tests have demonstrated false positives, detecting antibodies to much more common corona viruses (such as are found in the common cold). https://www.businessinsider.com/coronavirus-antibody-test-g7-leaders-accuracy-covid-19-immunity-passports-2020-4

So, antibody tests can be even less accurate than PCR tests. But it gets worse. Historically, for many years, antibody tests reading positive were taken as a good sign for patients: Their immune system had recognized the virus and defeated it.  Using an antibody test to claim that someone is sick is turning science upside down: a positive test would now mean the patient was ill rather than recovering. I therefore am not a fan of any of the current Corona Virus test methods.

Well, if all of the corona virus tests are unreliable, then what about using the “No Test” option?
Perhaps the darkest secret of Corona virus statistics is that many so-called Corona virus patients never had any positive result from any test. Instead, the doctor just decided the patient had the corona virus based on their symptoms (mainly pneumonia) combined with the fact that they may have been exposed to someone else with the Corona virus at some point in the past (although even this second condition is not really needed since the corona virus is now just about every where). This is called “Presumptive Corona Virus.”

This is one of the reasons why the number of victims in Italy has come into question. They have not tested many people. Yet they have had an unusually high number of Corona virus fatalities. We will review the problems of the corona virus in Italy later when we cover the hospitalization question.